Bullying can turn an idyllic job into something you dread. Whether it’s your co-worker or a boss, dealing with intimidation at work can leave you feeling constantly on edge, fearful, and helpless.

Bullies are generally defined as people who intimidate or control others to achieve their aims. They may collaborate when their goals are being met, but they lack fairness or honesty. Workplace bullies generally manipulate or terrorise those with status below or equivalent to themselves. They may also intimidate superiors, such as threatening to resign at a critical point.

People wrongly assume bullies have low self-esteem, but bullying is actually a response to shame

People wrongly assume bullies have low self-esteem, but their behaviour is actually a response to internalised shame. Although some people who live with shame have low self-esteem, those who behave like bullies tend to have high self-esteem and hubristic pride. They attack others to take away their shame – which allows them to remain unaware of their feelings.

Early in life people form different ways of responding to shame. By adulthood, these coping responses become personality traits. Typical coping responses fall into four types: attacking others, attacking oneself, avoidance and withdrawal. When shame threatens people who bully – for example, when they risk looking incompetent at work – they will attack others.

At the extreme side of the scale, people become narcissistic and deal with deeply-embedded shame by attacking others continually.

On the other hand, people who bullies target tend to be sensitive people who are likely to attack themselves in response to shame. Self-blame can maintain a relationship with a bully, but it comes at the expense of keeping oneself a victim.

Another response to shame, withdrawal, hides one’s feelings from others and can lead to depression. This response is common in people who are subjected to prolonged attacks of bullying in the workplace, and can be just as harmful as self-attacking.

Psychologically, bullies cause shame to others by recognising and attacking their insecurities. The bully’s attack is his or her own shame, repackage to target the victim’s own vulnerabilities. 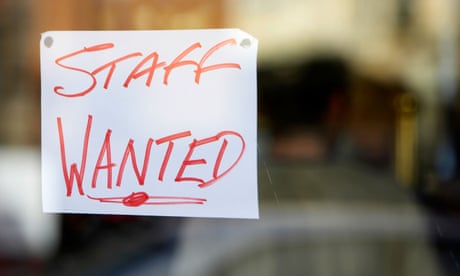 The bullying and fear at the heart of zero-hour contracts

Attacking others not only blots out the shame they are feeling, but it also stimulates the experience of power. Although bullies diminish others in an attempt to raise themselves up, they are not conscious of how bad they feel about themselves. Through their behaviour, their own feelings of inadequacy remain hidden. Diminishing others keeps shame out of their conscious awareness. If a bully underhandedly degrades a co-worker and the co-worker responds in kind, the bully will focus on the wrongdoing of the co-worker, and have no insight that the co-worker’s behaviour is in response to his or her own.

Adults at work are as vulnerable as children in the playground if they sympathise with bullies and believe they suffer from feelings of low self-esteem. Any approach to dealing with bullies will not work if it is based on the belief that a bully is consciously aware of his or her shame, or capable of remorse.

The way to deal with bullies is to unite with your co-workers. Grouping against a bully will provide victims with support for their feelings, since victims of bullies are at risk of becoming isolated. Through joining together and discussing the bully’s behaviour, co-workers can contain the bully, who, with their behaviour exposed, loses the power to terrorise – and faces the threat of isolation.

Meanwhile, bullies can only stop their behaviour once they develop the ability to tolerate distress – rather than acting aggressively – and learn to positively process their shame.